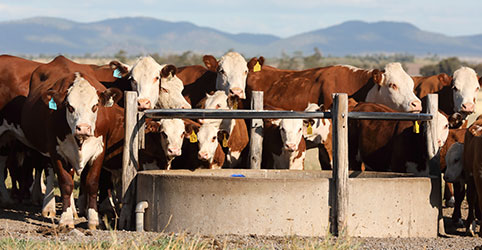 Neighbouring properties, are the hub of the Jarrah Cattle Company’s Dawson Valley aggregation. They are some 156km South-West of Rockhampton and 5km South of Banana. As well as being set up for seed stock, intense backgrounding and fattening are carried out, along with dry land cropping for grain and fodder. These properties run Herefords along with top Redford cows. This is where the bull growing and preparation takes place. Bulls are offered for sale from here. 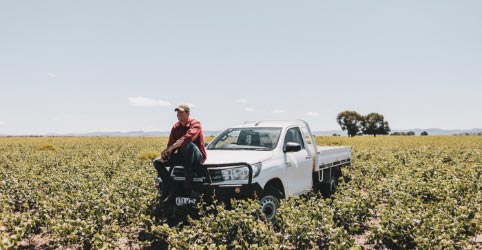 Is located 75kms north-west of “Glenarchy” in the Baralaba district. This property carries higher content Bod Indicus cattle for breeding and backgrounding. “Burradoo” is well watered with 22 dams and a laneway system allowing for easy management. 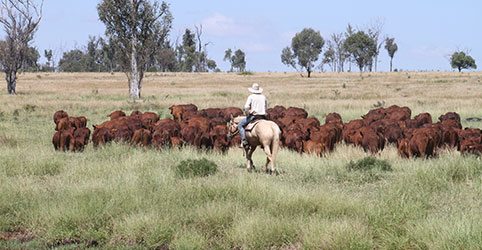 Located 55kms to the south-west of “Glenarchy” is considered to be a prime breeding property. This is where the higher content Bos Taurus breeders are grazed. It also does lend itself to fattening however, out top red breeders that form part of our bull breeding enterprise are based here. “Burnside” is situated on the Dawson River, with cattle being able to water directly onto the river, as well as dams and troughs. A laneway system connects every paddock to the yards. 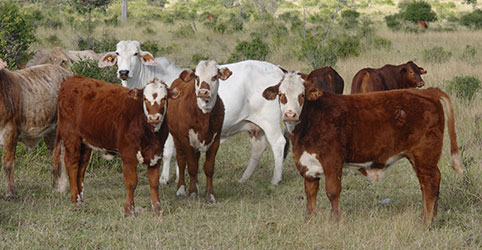 Some 25kms to the north of “Glenarchy,” is where the commercial breeders and background heifers are run.